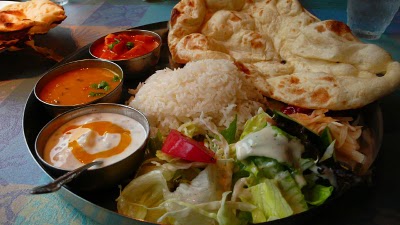 Maharaja Rantidev was approached by a hunter, just when he was about to eat. And how this hunter was…..he gave him half of his food. Half of what he had, he gave. But, then there were also dogs. And then he said:
“ Well, what about my dogs?” Then even the dogs. Again, Rantidev gave away everything. And just after, it turned out, that in the end some chandāla
came, and this chandāla – he begged. So Rantidev got the last little bit that he had and he gave that away. Just even at the very end, someone came and asked for his water. He was going to be satisfied with water, and they took away his water as well. And all the personalities that had come, they were actually the various demigods. They were asking Rantidev:

“ You have satisfied us. You have passed all the test. What benedictions do you want from us?”

And then Rantidev said: “ I don’t want any benediction. All I want is devotional service to the Supreme Lord”.

Subscribe to receive the latest news and updates from KKSBlog.

You have Successfully Subscribed!